Taking to his official twitter account Economist David Ndii has throw his weight behind the recent humilation that Raila has been receiving from president Uhuru’s insiders. 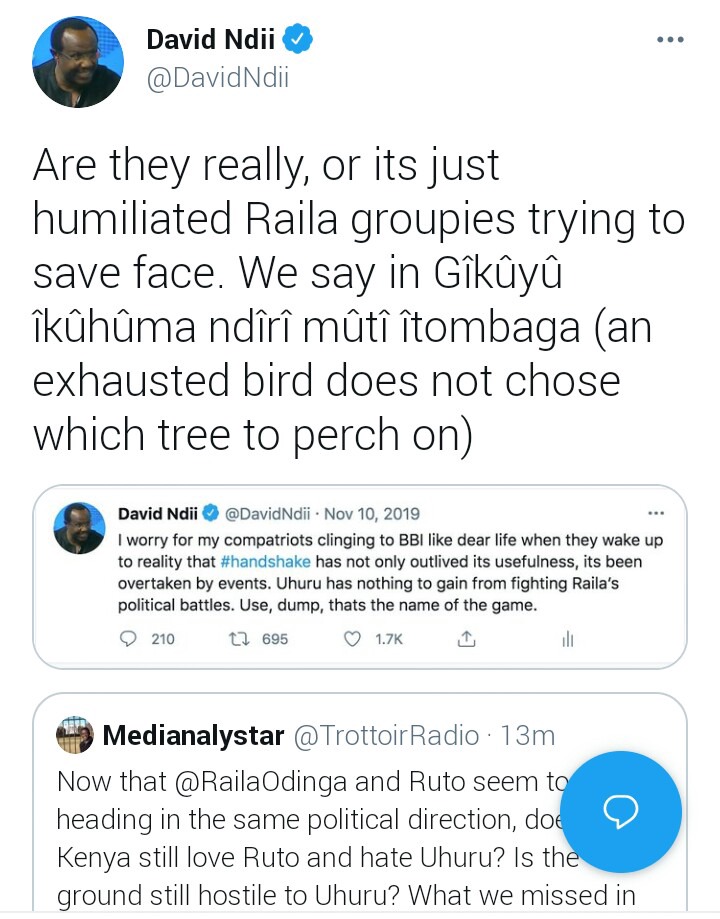 David wrote in Agikuyu dialect that “kuhuma ndiri muyi itombaga” Which translates to “an exhausted bird does not chose which tree to perch on.”

According to him that is a strong indication that president Uhuru allies know the main reason why they are now fighting Raila and there might be something behind that.

As it has been seen in the recent under one kenya movement Kalonzo, Musalia, Wetangula and Gedion Moi who Uhuru is preferably prefering to support him in the upcoming general election as his presidential candidate have united and are against Raila ambitions to be the fifth president.

They have been holding campaigns together as they campaign for their aspirants in the recent by-election all over the country. 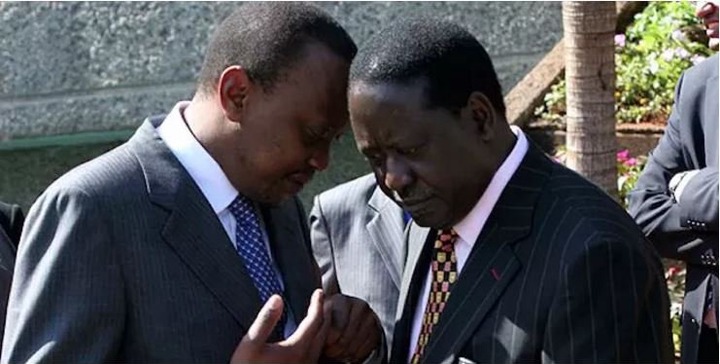 Given that there is a looming coalition coming up between Raila and Ruto which has made some insiders of Uhuru to panick, we are expecting more of it given that ODM and Jubilee have all field a candidate in Bonchari Constituency.

Related Topics:David NdiiRaila Odinga
Up Next

Netizens Praise Machakos Governor For Doing Unthinkable To His People

Raila Leads Other Leaders In Mourning The Death Of Sarah Obama