According to Malala via his Twitter post stated that wants to be reinstated form the office of the deputy minority leader of the Senate untill the matter is heard and determined.

Hitting Back, Kenyans have reacted to senetor Malala who’s voted in through Alliance National Congress party chaired by Musalia Mudavadi. Below are the reactions; 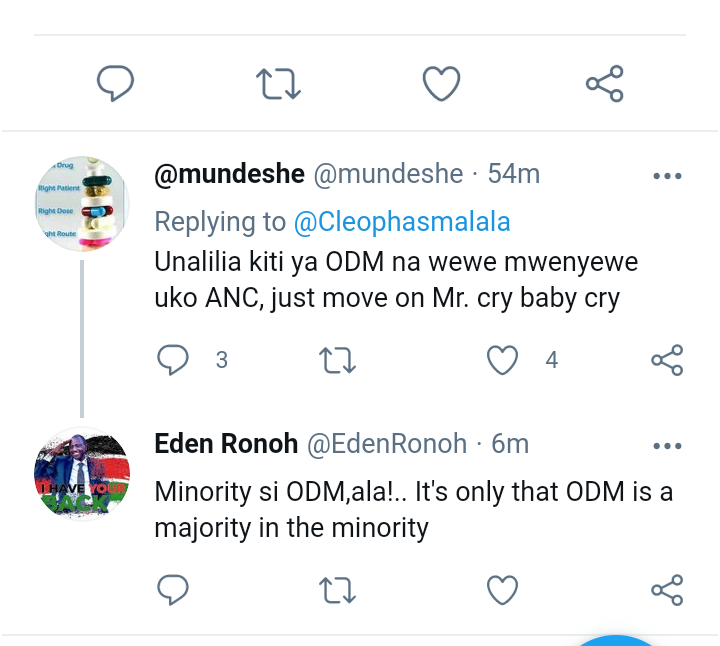 Eden Ronoh: Minority si ODM,ala!.. It’s only that ODM is a majority in the minority

kitagwah4: Make sure that drama is well done,let Luhyas know how bad ODM is for luhyas and how it has used Luhyas all along,Ababu was thrown out like a dog, waiting for Sifuna to be thrown out again.Ensure ODM doesn’t have life in Western

READ ALSO:   Jacky Maribe Express Interest In Politics; Will She Survive The Game?

OTIENO Gregory: Cross over to the @TheODMparty and get back the deputy minority leader’s seat. How many senators does your party

@anc_party have in the senate? Unless you want to lead senator Khaniri who is your senior in politics.

ODM Ousts Otiende Amollo From A Lucrative Position After This Development