The war against the Al Shaabab terrorists has not been an easy walk in the park since very many people have lost their lives.

According to a report by Morad news, heavily armed AlShabaab fighters took over Mahadaay town which is located in the Somalia’s Middle Shabelle region.

A witness who spoke to Morad news, said that terrorists were Spotted lecturing and intimidating the residents of the town.

Mahadaay town is 120 KM north of Somalia Capital Mogadishu and is located along the Shabelle River.

Early in the day there were reports of massive car bomb targeting Somali and foreign troops in Toratorow town located in Somalia’s Lower Shabelle region.

Casualties were reported as allied troops were reportedly tried to retake the town from AlShabaab but pull back to Balidogle airfield after a VBIED attack.

Yesterday the Somali military commander, Omar Abdirahman Haji and three of his bodyguards were wounded after an explosion targeted them in Mogadishu’s Afisyooni area.

Afisiyooni was the expected at the meeting area for talks between Somalia government and regional leaders. 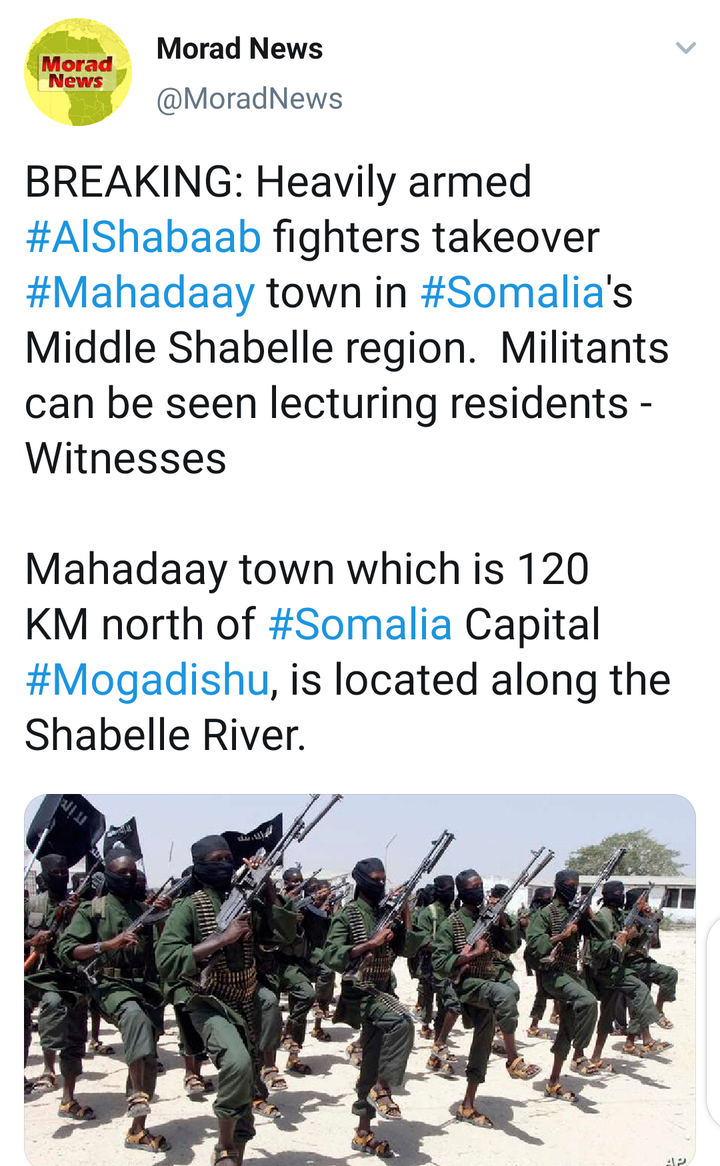