Renowned political analyst Herman Manyora in an interview with TV47 on Monday 20th July dug into the Mount Kenya politics and the 2022 succession where the deputy president William Ruto is at the center stage.

He said that In 2022, Mount Kenya people will surely face Mt. Kenya and the region will want to be on the negotiating table. That is why Ruto is likely to have a running mate from the region

Jubilee party is instrumental in ensuring President Uhuru succeeds in his agenda, that is why purge was necessary because there are people who could have jeopardized his agenda 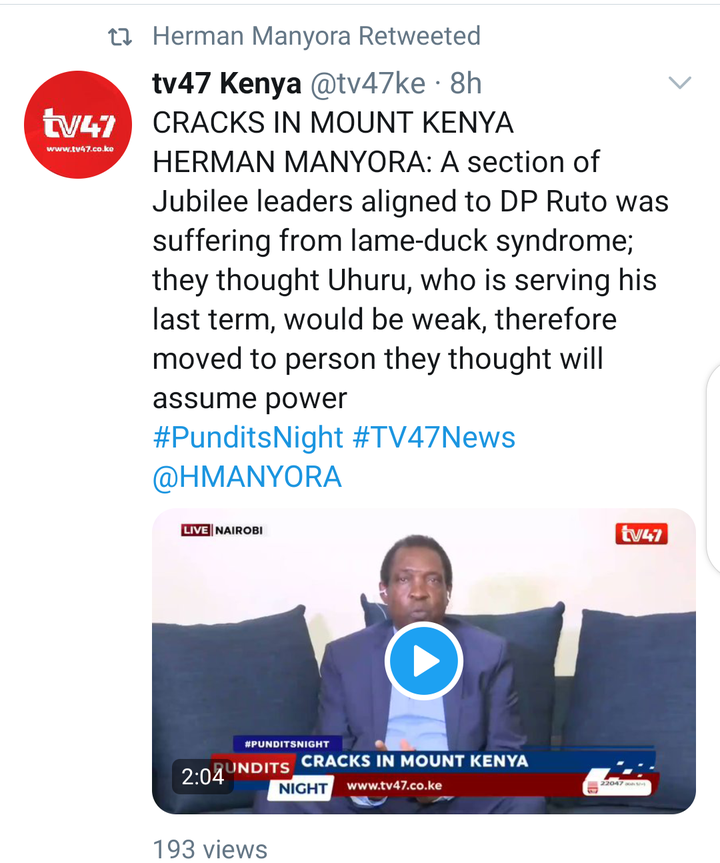 After the Uhuru-Raila handshake things did not remain the same, if DP Ruto was not in tandem with the political truce, Uhuru ought to have acted, and that is why DP Ruto allies were kicked out.

” A section of Jubilee leaders aligned to DP Ruto was suffering from lame-duck syndrome; they thought Uhuru, who is serving his last term, would be weak, therefore moved to person they thought will assume power,” Herman Manyora asserted.

Herman Manyora asserted that what made Mt Kenya leaders to support the deputy president it is because they were suffering from Lame-duck syndrome where they persived the president to be weak because he was soon going to get out of power.

However, he stated that the president has revealed otherwise as he has come out and stamped authority against the Rivals and political critics.

No More Porns in Kenya. Strict Laws to Be Introduced

Headache To Raila? How DP Ruto Will Finish Raila In 2022