Tanzanians have slamed exiled opposition leader Tundu Lissu over his unconfirmed remarks on the health of their president John Pombe Maghufuli. Taking to his offiicial Tweeter account this morning Tundu claimed that president Maghufuli had been transferred to India after his health condition detoriated at Nairobi Hospital.

Tanzanians online, however, didnot take it lightly and challenged the opposition leader to prove his claims by posting photos or clips of the said transfer wondering where he get the crucial news. They stated that it was wrong for Lissu to be celebrating Maghufuli’s sickness and called for to unite and pray for their amount president. 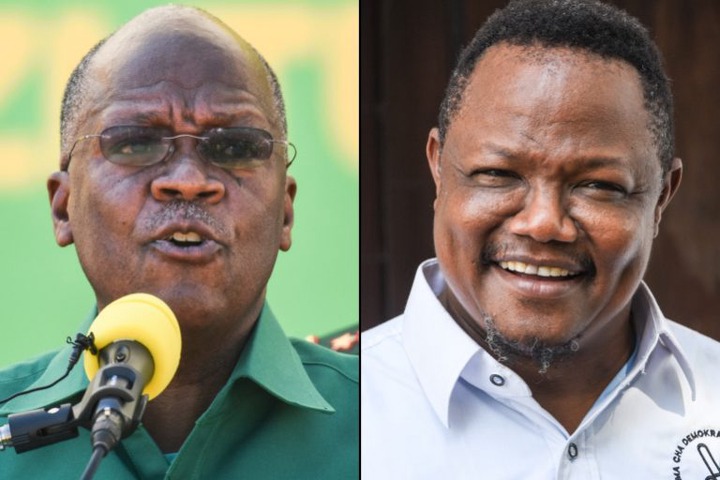 “In this day and age of technology, is there no photo or video of him boarding a plane to travel to India? Show us some proof of your allegations, otherwise, this is just political gossip,” said Korro.G

odfrey Msonde told Lissu to go slow, saying whatever he is posting now about the President could come to haunt him in future should he contest for president.

While criticising President Magufuli’s handling of Covid-19, Lissu said the head of state was moved to India for further treatment. “The Man Who Declared Victory Over Corona “was transferred to India this afternoon.” Kenyans don’t want the embarrassment “if the worst happens in Kenya.” His Covid-19 denialism in tatters, his prayer-over-science folly has turned into a deadly boomerang!,” he said on his official Social Media page.

State House Tanzania is yet to comment on the whereabouts of the 61-year-old president who was last seen in public on or about February 27, this year during the swearing-in of a public officer in Dar es Salaam.

Due the Covid-19 many people have been compelled to work from home as some people have lost their sources of livelihood. Day by day the social media sites have been getting new sign ups. This made me conclude that there are two kinds of people: Those who spend money to be online as others make money online. The beauty of online writing is the fact that you can work at your own convenience and you dont have to commute to and from your workplace. What makes having money enjoyable is the freedom and time comes with it. It is sad to note that most companies have taken advantage of the desperate online users. At the moment there are very many pyramid schemers who are out to prey from the innocent users. However I would like to caution you that online writing is not an easy walk in the park. A person has to be committed and dedicated to the work that you are doing. Below are some of the companies that offer online writing jobs. Pro Bloggers This is a company that hire serious writers who are willing to make a living through writing. The company has helped many upcoming writers to make fortunate out of their passion for writing. It is recommended that you go through Darren Rowse writings on how you should approach a Publisher or online business before starting off as a writter at Pro Bloggers.
READ ALSO:   Trump Cries As Biden Drops A Big Shocker
Freelance Writing Gigs The freelance writing gigs provides an opportunity to connect to potential clients who are looking for employees. The website provides job opportunities from craglist and other leading article writing sites. Media Bistro Media Bistro is a websites that offers writters an opportunity that ranges from the industries like TV, PR/marketing, magazine and book publishing and social media, which are appropiriate for everyone interested in online jobs. Tips on how to succeed in online writing  1. Have a passion for writing The mistake that most amateurs commit is to put money ahead of the writing. You need to start by building your passion in writing. 2. Be ready to learn Before you start writing, go through the guidelines and instructions provided by your employer.Be willing to learn new skills from your day to day activities. 3. Remain committed and consistent in your writing At times you may reach a point where you feel like the world has come to an end. But you must not give up but continue putting your very best to what you are doing. 4. Borrow from other people’s experience Don’t despise people who have gone ahead of you. Go through people’s articles that have been outstanding.
Tweet

Advertisements
READ ALSO:   What Killed Barack Obama's Grandmother? Where She Was Receiving Medication