Photo: Soy Mp Caleb Kositany
Deputy President on Monday evening suffered another huge blow after his key ally was removed from enstranged Jubilee party. Caleb Kositany Who is currently the Soy Member of Parliament was removed yesterday for breaking party rules by violation of engaging with other business outside the party. 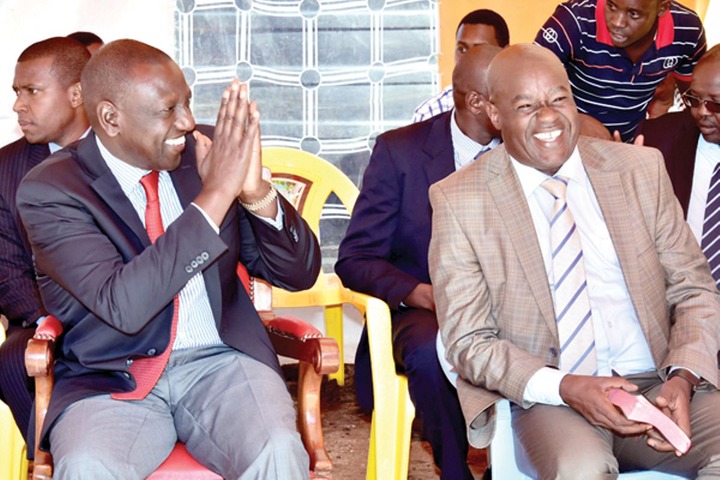 Caleb Kositany was Jubilee Deputy Secretary General before his ouster. He has been criticizing Jubilee administration for a while now for the way it was handling its rebels members. He has joined the list of Aden Duale, Irungu Kangata, Onesmus Kipchumba Murkomen, Susan Kihika among others rebelled jubilee members who had lucrative position in the Parliament. 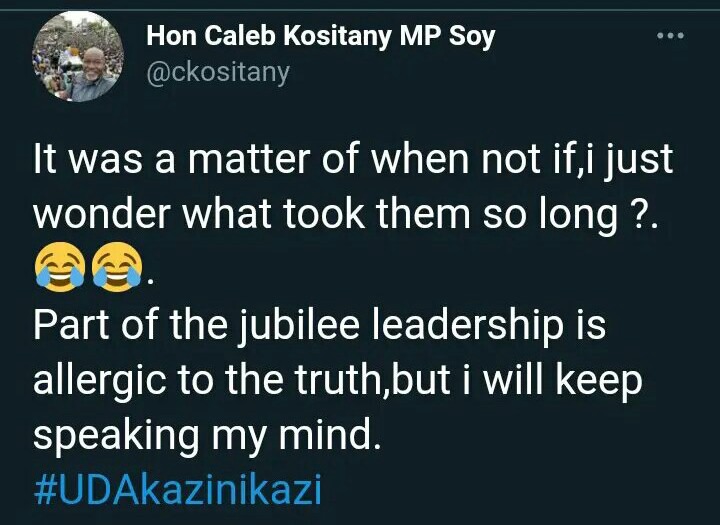 Caleb Kositany Through his tweeter account said that he wonder why they took a lot of time to ouster him and he had already know. He added that part of Jubilee leadership is allergic to truth and he will continue speaking the truth Caleb Kositany confirmed officially that he has joined United Development Alliance UDA with his hastag #UDAKazinikazi.