Deputy president Dr William Ruto appreciated condoled the family of the deceased and touched on the various development projects they have achieved in the area.

Gatundu South member of parliament was the first person to confront the president Uhuru Kenyatta for sending Munya to read his speech in the presence of his deputy president Dr William Ruto.

Moses Kuria said that the late Mary was the mother to Hon Wainaina Jungle (Thika) and Excellency the President Uhuru Kenyatta delivered a moving tribute read on his behalf by Deputy President Peter Gatirau Munya.

ODM party diehard Phillip Etale claimed that the mourners were paid Ksh 200 to walk out of the funeral.

“After telling us about Kanini Kega this, Wanjiku Kibe that, @OleItumbi forgot to tell us that after the stage-managed walkout by a group of DRUNKARDS paid Ksh. 200, his boss received a severe dressing-down from Agriculture CS Peter Munya,”Phillip Etale claimed. 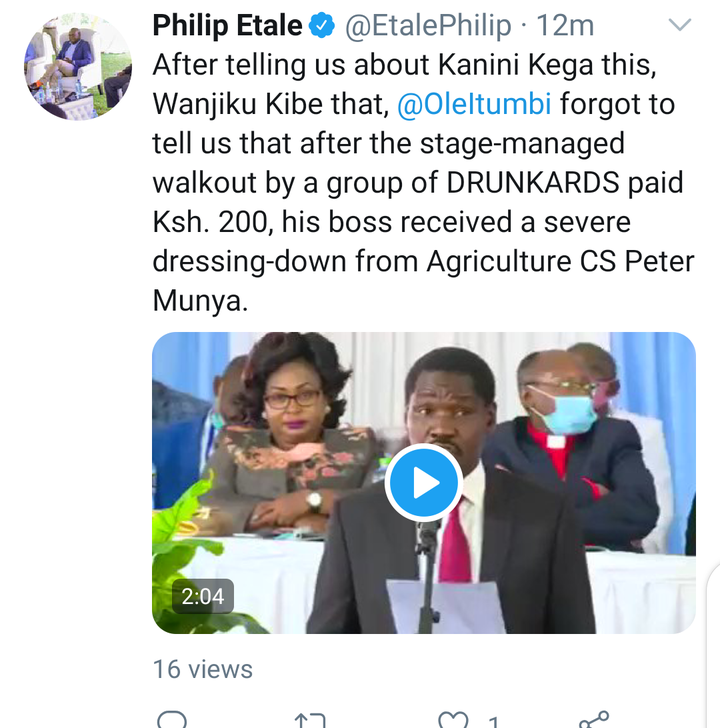 Uhuru Playing Raila? Secret Deal Between Uhuru And Ruto You Should Know