Kenyans have gang online and attack Kapseret Member of parliament who is a staunch ally of Dp Ruto for mockin President Uhuru.

Kenyans have been known far and wide to always unite online whenever there is something good to applaud or to attack, and this time Hon. Oscar Sudi found himself on the wrong side with people. 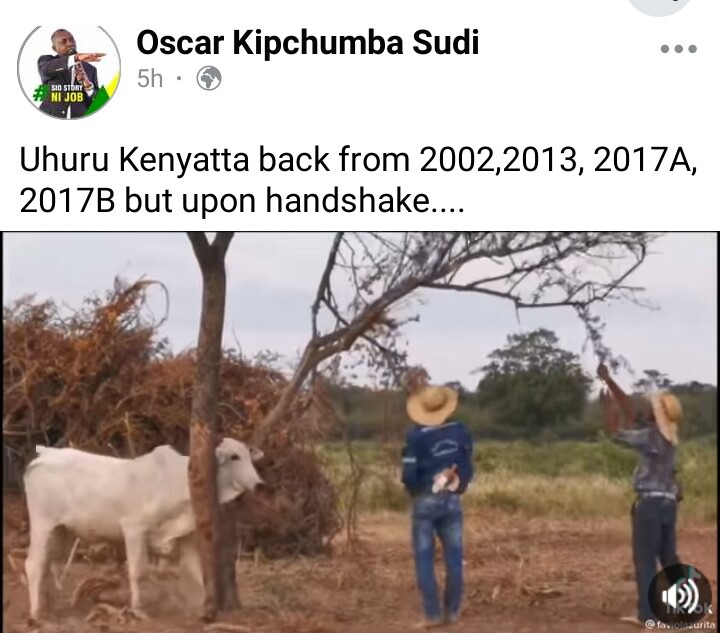 Hon. Oscar Sudi posted a video of a bull which had been locked in between v-shaped trees and two people were trying to save not only to come and hit them saying that it was president Uhuru Kenyatta in 2002, 2013, 2017a, 2017b.

Since President Uhuru and his Political brother Raila Odinga Shook their hand back in 2018, Dp Ruto allies have been lamenting how president Uhuru have been sidelining them.

They said that they helped president Uhuru to become president not knowing he will betray them. 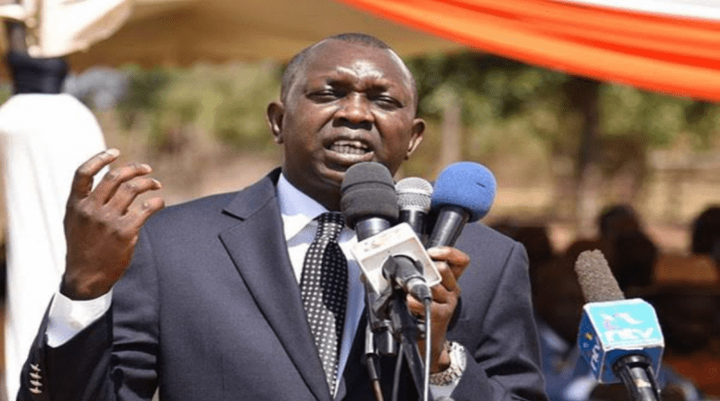 Dp Ruto and his boss have been not in good terms since handshake that has even led to split of ruling Jubilee party following removal of Dp Ruto ally from the various position they hold in parliament and Jubilee party with members allied to Dp Ruto forming their new pary United Development Alliance (UDA).

Here are some of reacrtion from people on social media; 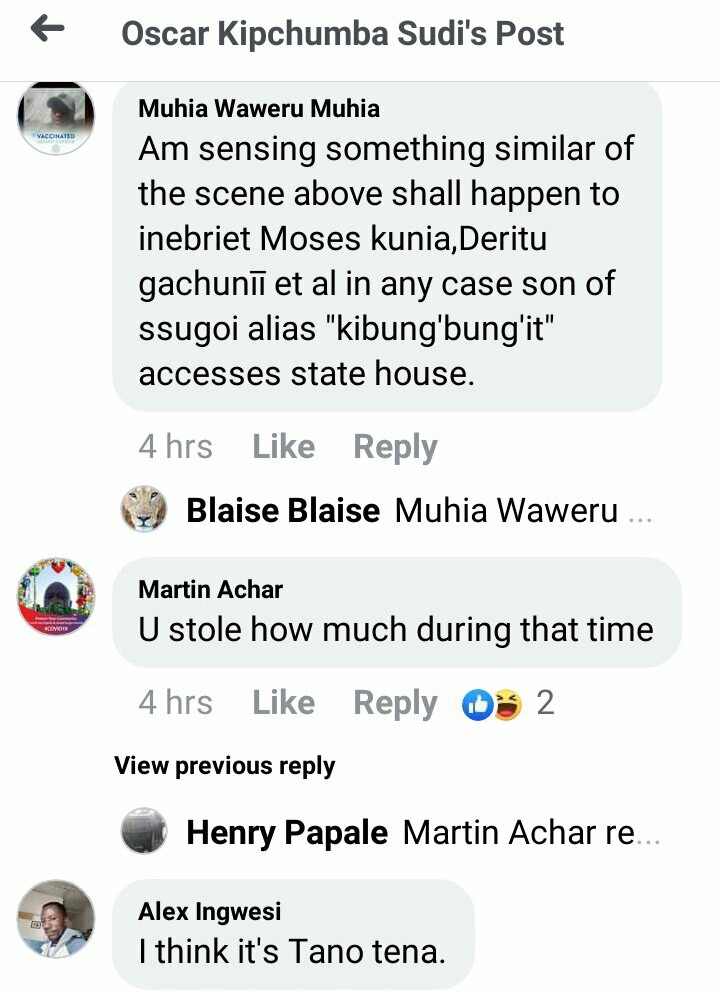 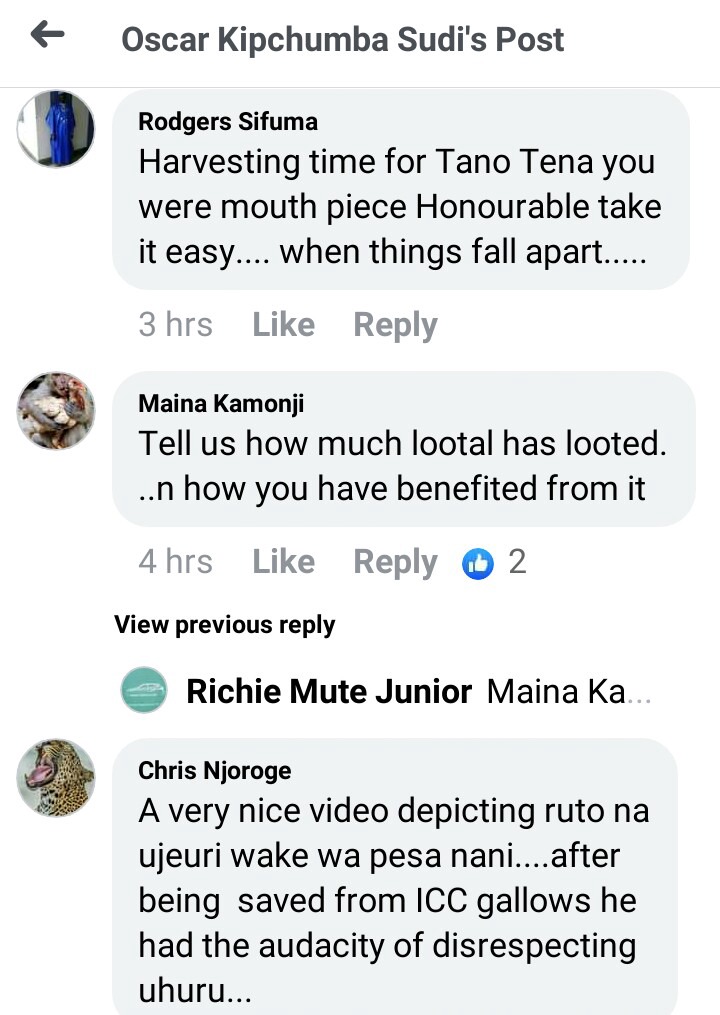 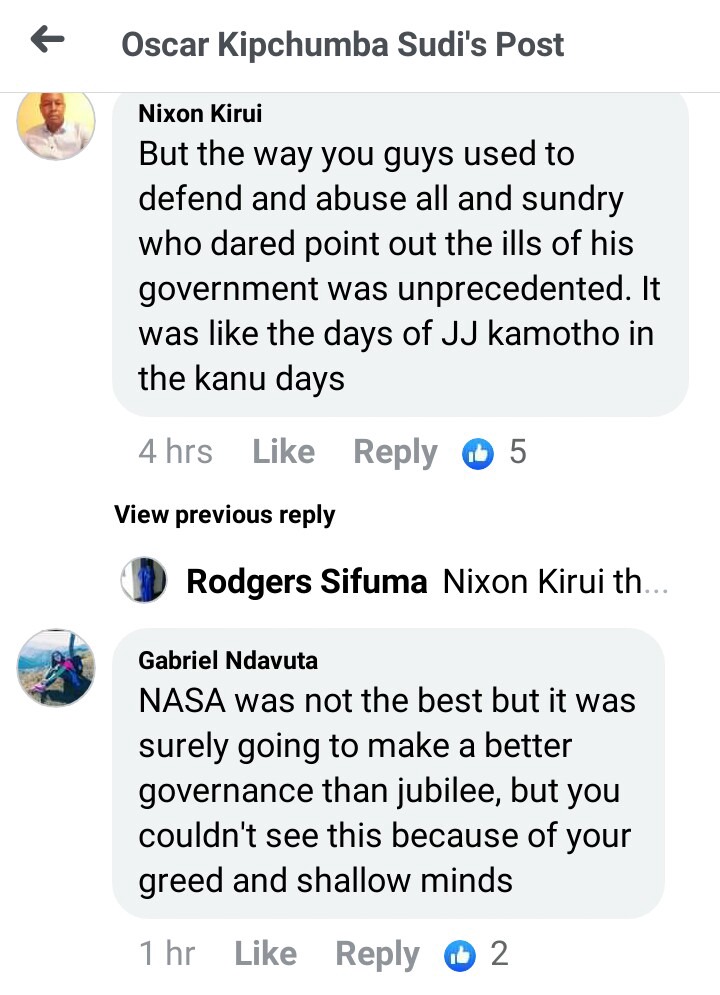 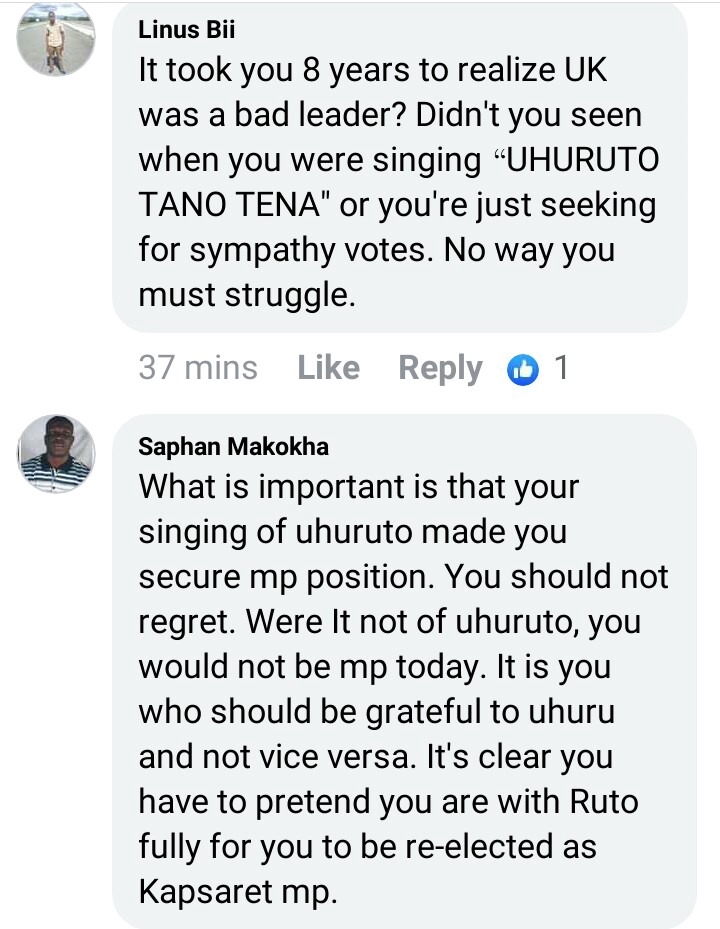 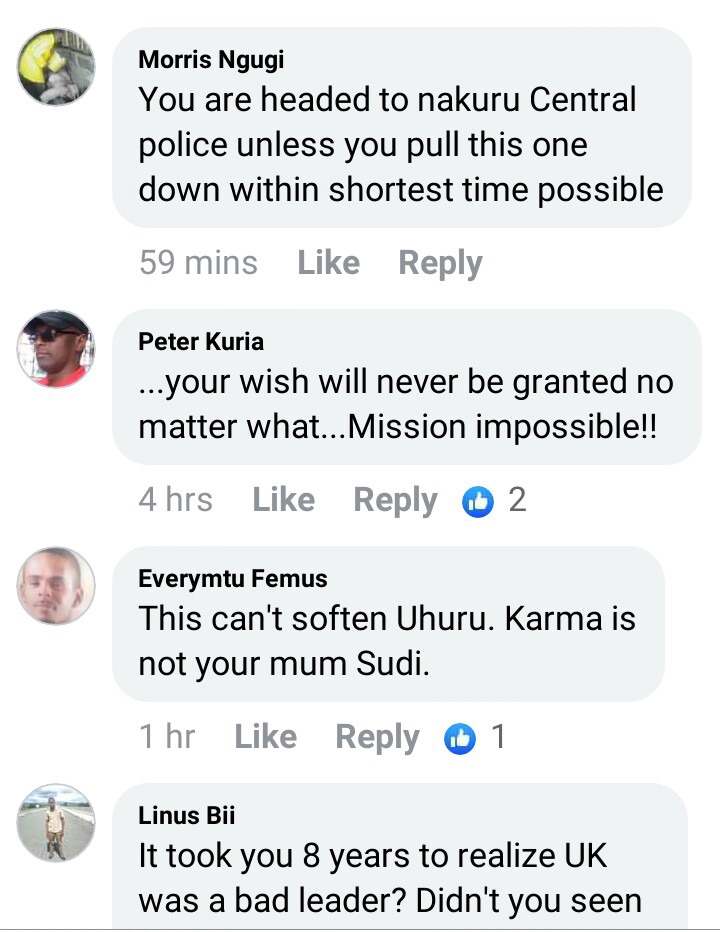 Blow To Raila Following A Bold Move By Coast Governors