Speaking During an exclusive Tv show Siaya senator James Orengo stated that if it was not the handshake between former Prime Minister Raila and President Uhuru we could not have a country called Kenya right now.

He sayed that both Raila and Uhuru had been sworn in and were both claiming legimately the office of the president of Kenya. 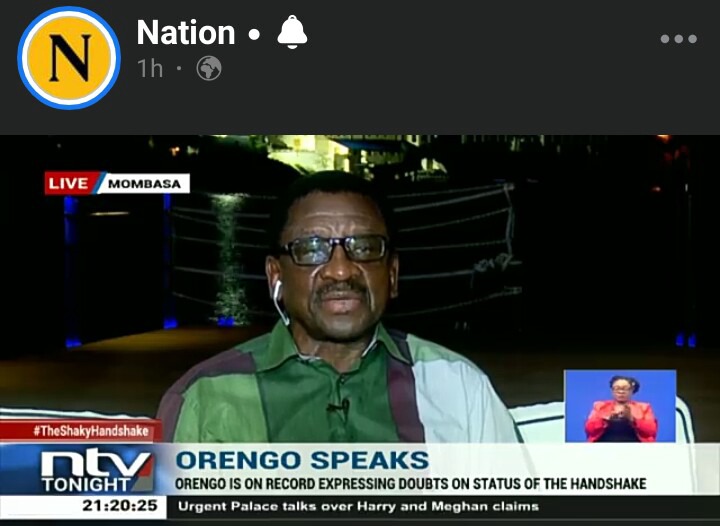 The senate minority leader added that it was an act of statemanship for the two leaders Uhuru and Raila to find a way to resolve problem that was confronting the country at that time, which was partly political violence and how the country was going to move forward.

He added that it was without no doubt that Kenya would be in a Venezuelan situation or even what is happening now in stiate of Haiti because of constant conflict between warring party of the state and political parties.

He further laments that the overall assesment of what has happened since handshake is that it was good deal, good for the country saying that although there is challenges thanking that the if Uhuru and Raila could have not met Kenya could be in a worst situation today.