The surge in the number of the Covid-19 Infections in the country indicates that things are not getting any better as most Kenyans are getting infected inspite of a long period of Lockdowns and country wide curfews. 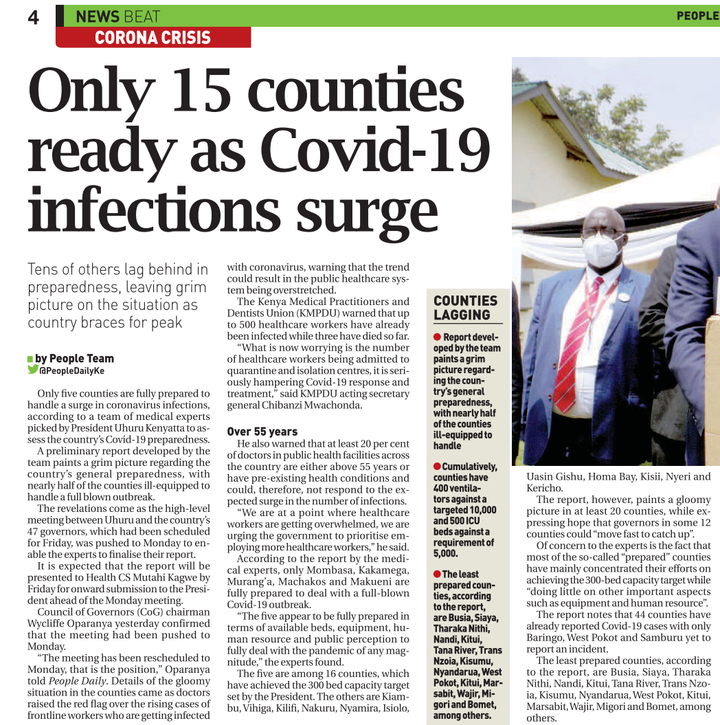 Despite of the president Uhuru Kenyatta repeatedly saying that we cannot continue living with a lockdown, there is one critical issue that will trigger his new action the preparedness of the 47 counties to handle the deadly Corona Virus.

According to report by People Daily Newspaper only 5 counties are well Prepared to handle a Full blown surge in infections in the country which include: Mombasa, Machakos, Makueni, Kakamega and Murang’a.

The Kakamega governor and the Council of governors Chairman expressed disappointment that despite of counties being given enough time only afew had the 300 bed capacity isolation facilitaties such as Kiambu, Vihiga, Kilifi, Uasin Gishu, Kisii, Kericho, Homabay and Nyeri.

Big Blow To BBI As Uhuru’s Government Hunts For Joho