Nominated Senators Isaac Mwaura, Millicent Omanga and four others are nearing quiting from Jubilee Party, after the Political Parties Disputes Tribunal on Friday, March 26 dismissed an application seeking to stop their oustering. 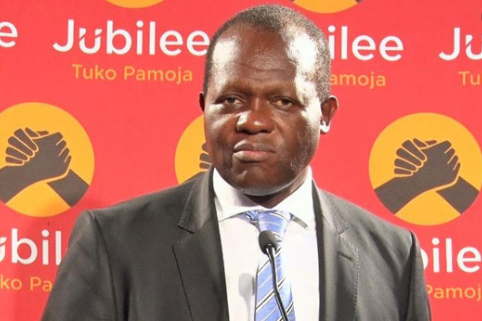 The Jubilee Party through the National Management Committee (NMC) had on February 8 expelled the six nominated senators on grounds of insubordination and gross misconduct, which. sawa as. they were engaging with Deputy president William Ruto.

Jubilee Secretary General Raphael Tuju released a statement confirming their expulsion, saying that, “The [NMC] of the Jubilee Party met today and deliberated on reports submitted by the Party Disciplinary Committee with respect to Senators who have appeared before them this year and last year on disciplinary violations as per Article 13 of the party constitution.” But Senator Mwaura had filed an appeal, while the others filed theirs jointly. As a result, PPDT ordered the Registrar of Political Parties not to remove the name of the senators from Jubilee membership yet, until their complaints were heard and determined.