According to the post in which Dr Miguna Miguna has uploaded to his Facebook page seen by state update news reporter, Miguna Miguna said that the President Uhuru and former Prime Minister lied to Kenyans that the aim of BBI was to unite all kenyans which he alleged that it is fraud. 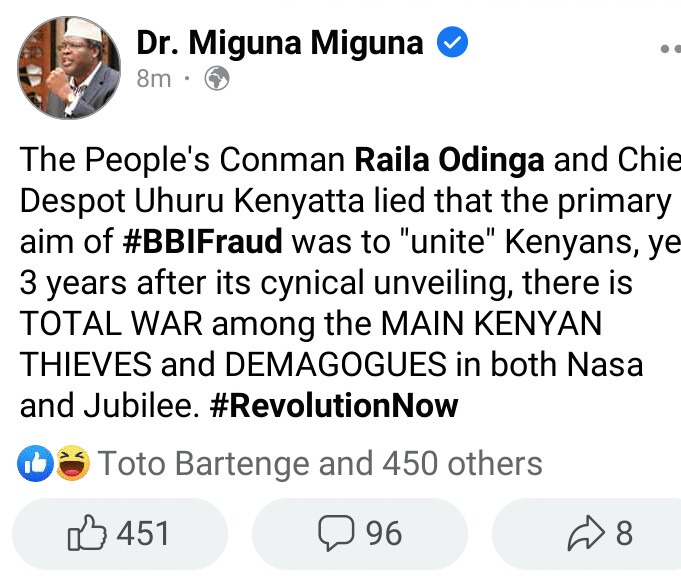 He said three years later there are still total war among many Kenyan thieves and demagogue between NASA and Jubilee.

Miguna Miguna fall into bitter terms with rails Odinga after he was deported back to Canada after swearing him . Miguna Miguna have been trying to jet back to the country but all have in vain. 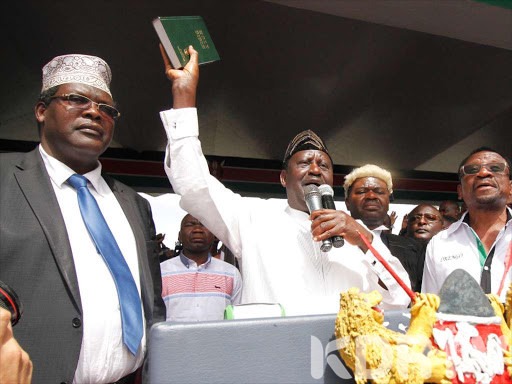 He has accused the two premier of neglecting kenyans a d giving BBI top priority which will not benefits Kenyans.

Miguna Miguna has now also added his voice on the issue of the ODM leader Raila Odinga making endorsements to his former NASA allies, Kalonzo Musyoka, Musalia Mudavadi and Moses Wetangula and this was a topic that was really discussed in the country yesterday as the factions made statements about their stand”

READ ALSO:   Ruto Tells Raila To Stop Being A Perennial Complainant And Prepare For More Of His Charitable Activities

Bad Day For Ruto, Uhuru’s Ally To Be Anointed As Mt Kenya Kingpin