Photo: Murang'a Senator Irungu Kang'ata with President Uhuru Kenyatta
Speaking during an interview at Citizen TV late show, Atwoli said that former Senate majority whip Senator Irungu Kang’ata is suffering from disease of day dreaming. This follows after counties from central region passed the BBI unimamously and some MCAs even break into dance after the BBI was passed.

Incontrast to what Senator Kang’ata had allegedly written to President Uhuru citting no support from the people at the counties.

Atwoli said that, the Muranga senator didnot carry any research about the popularity of BBI among the central people. He said that counties have demonstrated how people will do in the upcoming constitution amendments.

BBI has been passed by majority of counties from Central region. Already forty one counties have passed BBI with only one rejection from Baringo counties which fight broke when debating it. 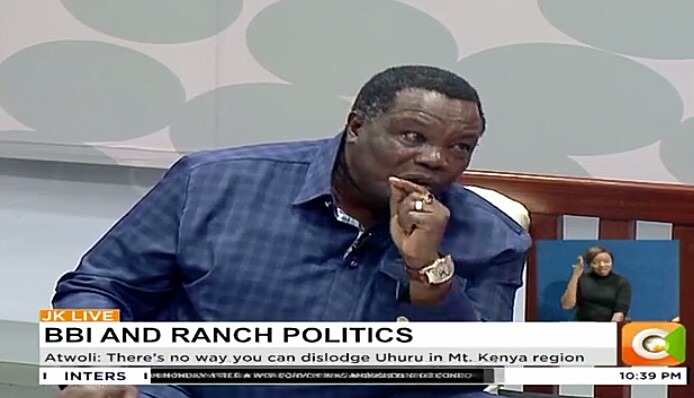 We are know waiting for other counties to finish in the participation of the BBI bill, then it go to the Parliament and Senate before being given back to the kenyans to decide on it.